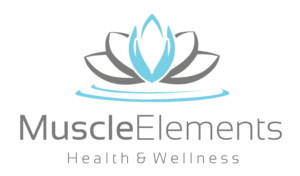 A Tale Of Two Births – How Self-Care Can Change Everything

Pregnant for the first time! This was an exciting chapter I was beginning in my personal and professional life. My pregnancy was easy, I felt great and was loving learning about how my little human was growing inside of me. I was practicing as an acupuncturist at the time, and working in a health food store as well. I would read up on all the things my body and baby were doing, and made sure to take my supplements. I had been accepted into midwifery care and I hired a doula. I was doing all the things I thought I needed to have an amazing home birth!

I went into labor a few days before my due date at about 6:30pm, after a busy day of shopping. I called my doula and my midwife to come in anticipation. My doula came right away and helped me through what I thought were some pretty intense contractions. My midwife arrived around 8:00pm and did an internal check of my cervix. To my dismay, I was only 1cm dilated! I couldn’t believe my ears! Surely with the intensity of the contractions I would have been further along? I remember feeling so disheartened and thinking, how was I going to get through this, if all that pain only resulted in 1 cm? My midwife left with the instructions to call her when my labour was active. We soldiered on through hours of intense contractions. Around midnight she was called back and I was measuring 4cm. This was turning out to be way different then I thought. We changed some positions and got in the birth pool a couple hours later. By about 5 am I was told I could start pushing, and did so for about an hour. They got me out of the pool to try some different positions at that time and I started really stressing out. I was tired and was getting frustrated. I felt like a circus act and did not like everyone’s eyes on me in this vulnerable state. That’s when I passed a bunch of meconium (baby pooped inside me) and they called for a hospital transfer. I was scared and devastated. It was late December, freezing out and the wee hours of the morning. We drove to the hospital and I was admitted. My midwife transferred care and the OB came into the room. He said, “We are putting a vacuum on the baby’s head and you are going to have one more chance to push before we do a double episiotomy”. Let me tell you…I pushed with everything I had and my son was born at 7:49am.

I know it is not as traumatic as a lot of births, and still relatively short, but I was so shocked. I had not prepared for this or expected anything to go ‘wrong’ and it was a lot for me to handle. I had a really hard time processing my story. What happened to my home birth? Why was I treated like that at the hospital? Where was the informed consent? I wanted a ‘do-over’.

I got pregnant again as soon as I could (my son was 11 months) and vowed this time would be different. My first midwife was on vacation for my estimated due date (EDD) and I was lucky enough to be accepted into another midwifery practice. That stroke of luck was monumental to my birth and my entire life. Enter Noreen Walker, midwife extraordinaire, and one of the most influential women I have ever encountered. She offered group care, which as well was amazing. Meeting with like-minded women and exchanging stories and questions monthly was such a fantastic model for care. Noreen told as all to pick 3 words that we wanted our birth to be. She asked us to please have our babies during the day because she didn’t like having to get up at night as it messed up her sleep. This was the start of me realizing how ‘mental’ birth was. My words I picked were calm, relaxed, and efficient.

This pregnancy I was not going to leave any stone unturned. I decided to do all the things I could to make this birth different. I decided if I had another birth I wasn’t totally happy with, then at least I could look back and say, ‘Well I tried everything I could’. I did ALL the things. Massage, craniosacral, acupuncture, chiropractic, hypnobirthing, all of them from the start.

Then, at 36 weeks, I was walking down my steps and I missed the last one. Broken ankle. I was devastated! How could I push with a cast on? How could I have a water birth? I was a mess! I went to see Noreen, and she set my mind at ease. She said not to worry, she had seen women birth with broken femurs and everything would be okay. I continued with self-care, and tried my best to remain optimistic.

I went for my 39 week appointment, and when I left I said, ‘Noreen, I’m so nervous that I’m going to lose my home birth because of this!’. She was so confident and said not to worry, everything happens for a reason and it would all be good. She said to call her if things were starting to progress, because it would take her 45 minutes to get to me. I said if I can have a baby in 45 minutes, I don’t care if you make it. We laughed and she said see you tomorrow, jokingly.

That night I did an ‘induction’ acupuncture treatment on myself and took some homeopathics. I woke up at 1am with some low abdominal pressure and mild contractions. I went back to sleep. Woke up in the morning and was still having them about every 10 minutes. It was not a big deal, so I went to visit a friend and then on about my day. I came home at about 1pm and decided to have a nap. I laid on my side and woke up every 5 minutes with a contraction, but nothing painful. I would just look at the clock and then go back to sleep.

At 2pm I decided to get out of bed and early labour hit. I texted my doula who lived close to me, and she came over within 10 minutes. When she came, she asked if I had called Noreen. I replied that I thought it was way too early, but she insisted that I call. That was at 2:19pm, and Noreen said she was leaving right away. I was feeling nervous because it was so early, and I didn’t want the same thing to happen as last time, where I felt like everyone was waiting around. My doula suggested that I sit on the birth ball. I tried to, but it was too uncomfortable. I felt like I had to go to the bathroom. I went in and sat on the toilet. My whole body suddenly contracted, and I felt something come out. I was so confused, there was not any pain, but I definitely felt something come out of my body. With my broken ankle, I could not get up easily to see what was going on. I called for my doula to come in; this was at 2:52pm.

I told her what happened, and she helped me up and looked in the toilet with utter shock. There was my daughter. We didn’t know what to do! She picked her up and we looked at each other. Her eyes were closed.
I suggested she rub her chest and the baby’s eyes opened. She appeared fine, so we hobbled over to the bed with my doula holding baby and supporting me with my cast. I laid on my bed with baby on my chest. Noreen arrived about 40 minutes later with a knowing smile and a wink. She reassured me she’d known all along it would turn out fine. She delivered the placenta and when the cord was cut, my daughter finally cried. I was in total shock; I had a baby in half an hour without any pain! How in the world was this even possible?

If it didn’t happen to me, I would have a hard time believing that my birth story was even true. This experience has further ignited my passion for pregnancy and birth, and fully allows me to believe that anything is possible. I attribute my daughter’s speedy arrival to all the self-care my body and mind received and the positive support of Noreen’s confident all-knowing experience and skill that I was so fortunate to have. Noreen sadly passed away unexpectedly in April of 2017, a devastating loss to the Edmonton birth community. I feel so blessed to have experienced her care and to have shared a few births with her as a doula. I tell my daughter Poppy her birth story every year on her birthday and hope it empowers her to realize that anything is possible.